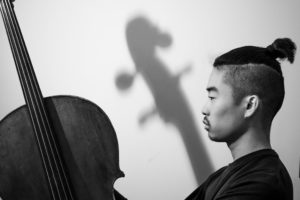 The orchestra of Ormskirk Music Society are presenting their Spring concert at 7.30pm on Saturday 23 March 2019 at St John’s Church, Burscough. The programme will feature: Dvorak Cello Concerto with soloist, Hikaru Fuminash; Tchaikovsky – Symphony No. 6; and Verdi – Nabucco Overture.

This stunning concert draws from the great Romantic composers beginning with Verdi’s dramatic and rhythmically vibrant Overture Nabucco. Another main feature is Tchaikovsky’s final Sixth Symphony (‘Pathetique’), first performed under the composer’s baton only nine days before his death, and full of foreboding and drama.

The most popular of all cello concertos – the Dvorak Cello concert in B Minor – has been chosen in memory of the cellist Brian Boothroyd who passed away last year, after more than 30 years’ service as player, patron, treasurer and committee member of the Ormskirk Music Society. And the orchestra are delighted to welcome the extraordinarily talented Japanese-Australian cellist Hikaru Fuminashi as soloist for this passionate and expressive piece.

Hikaru Fuminashi began playing cello at the age of 8, and as a young player led the cellos in the Sydney Youth Orchestra and Australian Youth Orchestra, and toured Munich, Prague and Vienna. He studied at the Sydney Conservatorium of Music, where he won the High School concerto competition and played his first concerto with the Penrith Symphony Orchestra in 2015, aged 18. He continued his studies with a scholarship to the Royal Northern College of Music in Manchester, where he is in his final year, studying under Hannah Roberts.